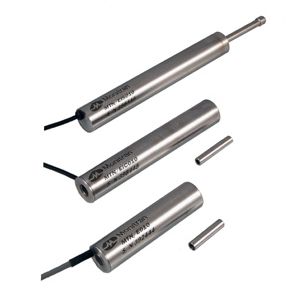 LVDT transducers remain one of the most commonly used linear position tranducers in industrial applications, recognised as a well-established, rugged and reliable transducer technology.

LVDT transducers were originally used for taking dimensional readings in laboratories, and continue to be used for this purpose today.

Since then they gained popularity in a wide variety of industrial monitoring and control applications.

Due to their fundamental design and mode of operation LVDTs are the perfect solution for measuring high speed and high frequency movements on mechanical structures, offering a number advantages over other types of linear position transducer.

The secondary windings are connected in series, so that the LVDT’s output will be the sum of the induced, and out-of-phase, voltages. When the core is positioned such that the induction in both halves of the secondary winding is equal but opposite, the output is 0V. This is also referred to as “the null position”. The secondary output signal is then processed by a phase-sensitive demodulator which is switched at the same frequency as the excitation signal.

Depending on how the LVDT transducer is to interface with other systems, the output is further conditioned to produce either a unipolar or bipolar voltage or current. Example output ranges include 0 to 5VDC (i.e. unipolar) and ±5VDC (i.e. bipolar). Some of our LVDTs output the industry-standard 24VDC 4-20mA.

One key advantage with an LVDT transducer is that there is no physical electrical contact across the transducer position sensing element, an LVDT outputs clean data, has an infinite resolution and a very long life cycle.

For example, a mechanical oscillation of 500 repetitions per second would be faithfully reproduced by the LVDT output. A typical LVDT and amplifier combination can have a mechanical frequency response of up to 500 Hz.

Where applications need to go faster, this can be enabled by modifications to the signal conditioning electronics.

For example in robotic automation assemblies, as their advantages make them suited to applications with repeated high speed movements. 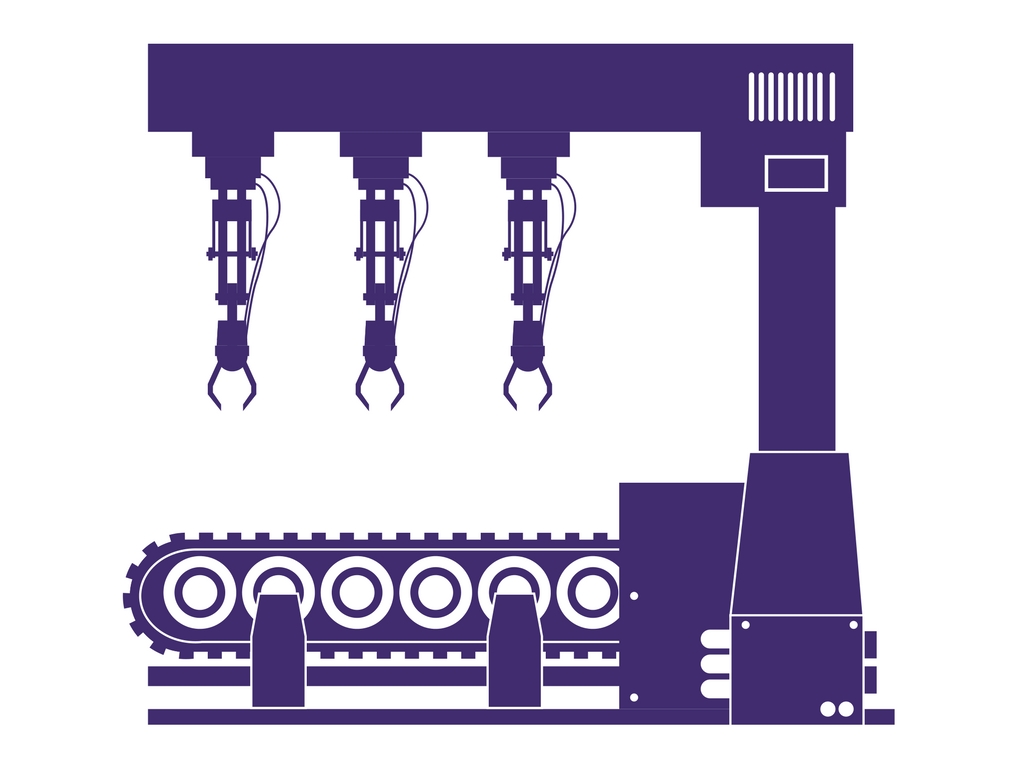 All of the LVDT transducers that ADM offers are constructed from stainless steel. Different ingress protection ratings are available on request.

Another advantage with LVDT transducers is that they are available in different configurations; ‘spring return’, ‘guided’ and ‘unguided’. These determine the LVDT frequency response.

A spring return type LVDT transducer is limited by the ratio of the mass of the armiture compared to the strength of the spring, which typically on a short transducer imposes a limit of the order of 10Hz.

A captive type LVDT transducer is not be restricted in this way but because it contains guidance bearings, it will eventually show signs of wear if exposed to multi-millions of cycles.

The recommended LVDT transducer configuration to use for high frequency applications is the unguided type. This version can be arranged to make physical contact between the armature and the body of the transducer and so can operate indefinitely at high frequencies.

Please do not hesitate to pick up the phone if you would like assistance in selecting the best LVDT transducer for your particular application. A member of our expert team will gladly answer any questions that you may have.