What type of Load Cell should I use? 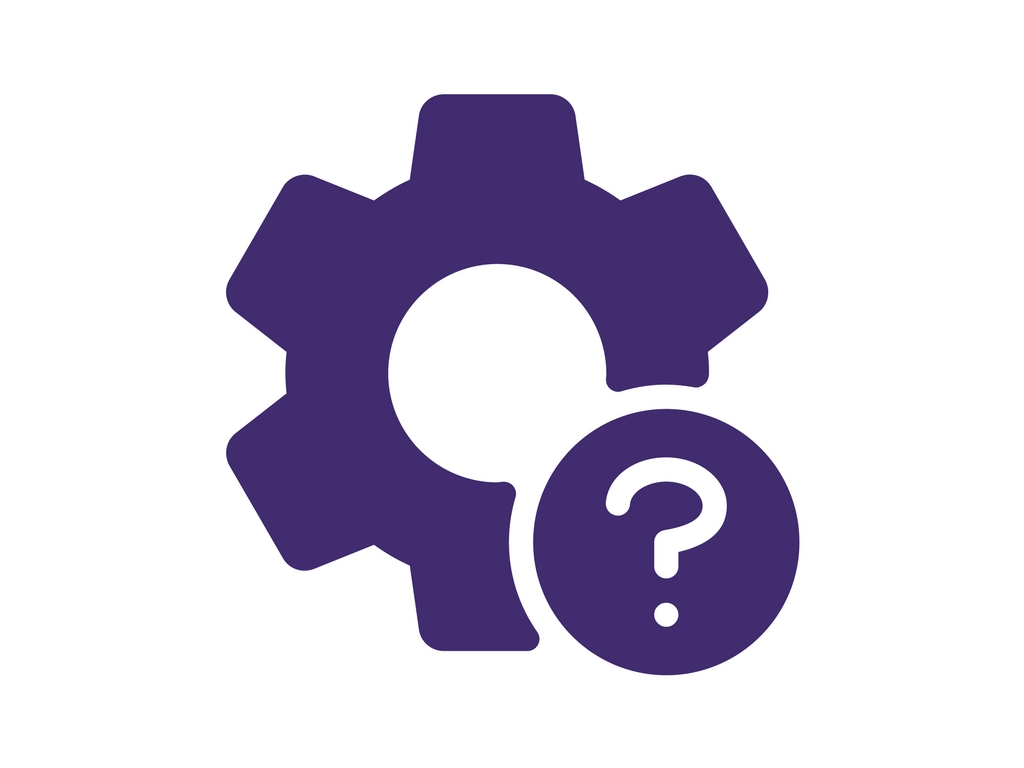 ADM Instrument Engineering stocks a wide range of load cells and is on hand to offer you expert advice in what type of load cell is best suited to your application. 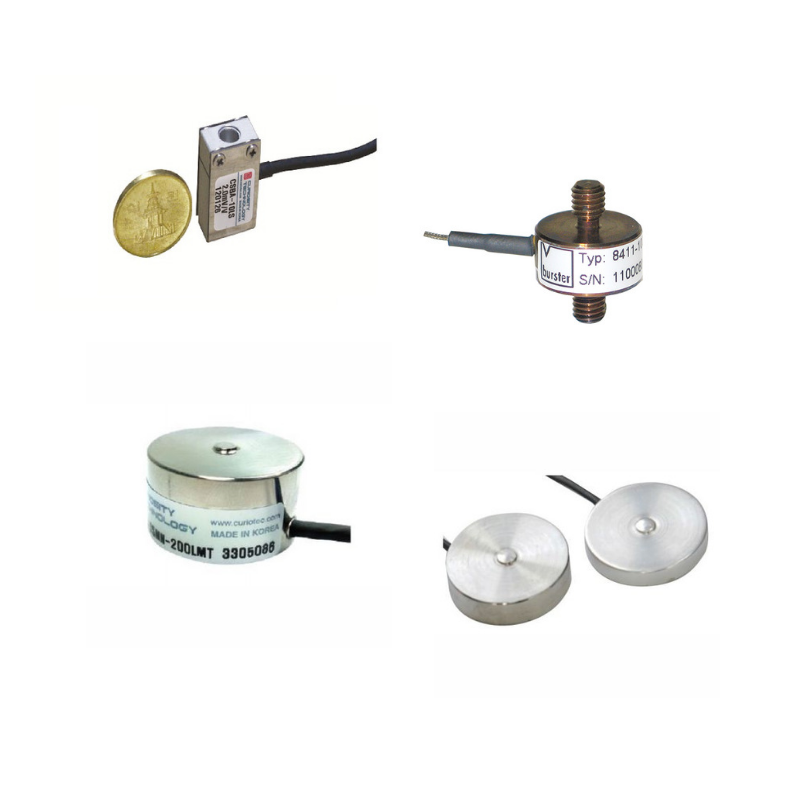 Miniature button load cells measure compression forces only. They are ideal for any application where available space is very limited. The load cell is usually cemented into position because it is too small for any mounting hardware. Typically measuring ranges are available up to a maximum of 500kgs. Possible applications include retrofitting load measurement in machinery that wasn't originally designed to take load cells. 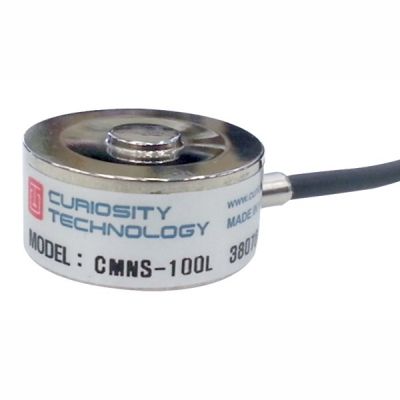 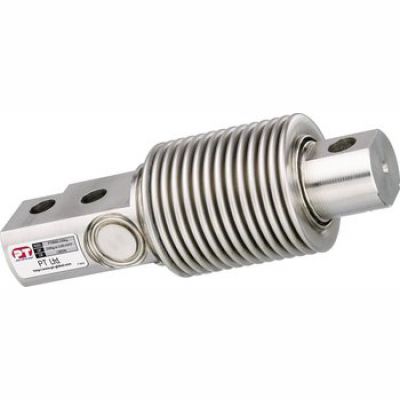 Bending beam type load cells are used in many applications, because their compact beam shape makes them easy to fit. They have a stainless steel bellows making them impervious to water. For measuring low weights you may want to look at one of the alternative load cells mentioned here, as bending beams can have a slightly reduced accuracy at lower weight ranges. 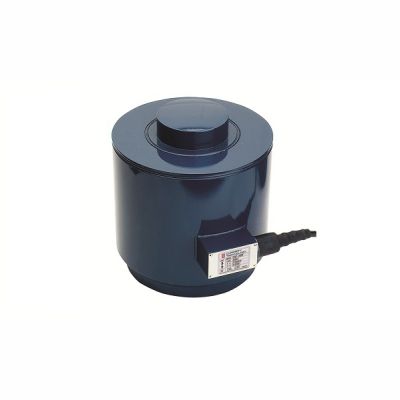 This is the type of load cell that is typically found on weigh bridges. They are available in a wide range of physical sizes, with a good choice of measuring ranges. A rocker column type load cell can be used where alignment of the load will vary. Rocker column load cells have a unique dual radius loading surface. A large radius in the centre, where the load measurement is made and a smaller radius at the outer extremities. This allows the load cell to rock, avoiding serious adverse loads due to the differential expansion of the weigh bridge. 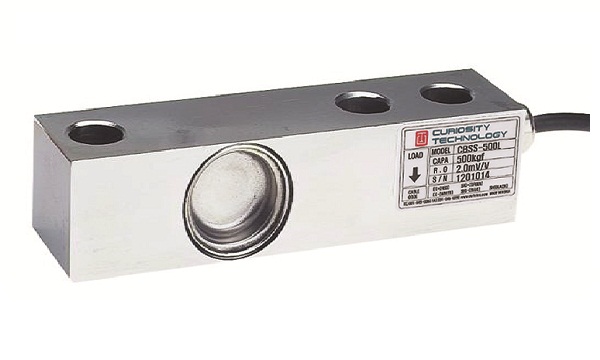 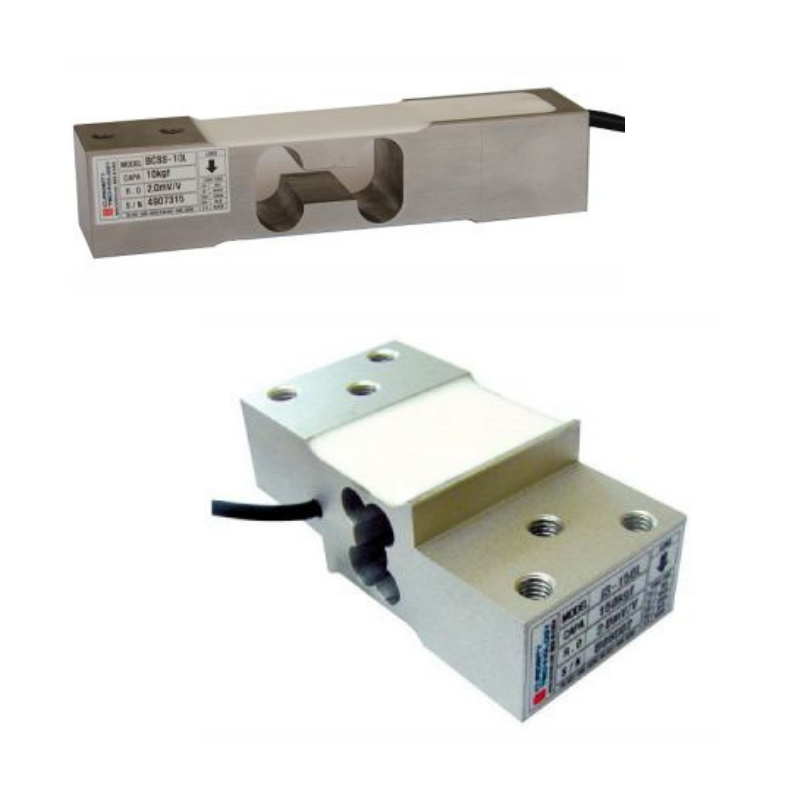 Single point load cells have an internal parallelogram structure that ensures the internal strain gauge only responds to force in one direction. If the load cell is levelled, it only responds directly to weight and is not affected by any side forces. This makes them perfect for weighing applications, where you find it impossible to control side forces. They are very often used with a small scale base for measuring lower force levels. 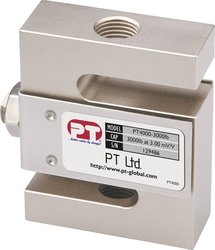 S-Beam type load cellss are extremely versatile and measure either compression or tension forces. They are particularly good for weighing heavy objects that are cumbersome to handle. Lowering a bulky object down onto a scale base risks overloading and damage from the load being dropped. Lifting the load with a tension S-Beam in line will give immediate and accurate measurement of weight whilst minimising handling. This solution is also totally self-aligning and gives accurate results. S-Beams require a safety chain when used in crane applications to avoid the risk of an overload failure that could cause a dropped load.

For further information on load cells call ADM Instrument Engineering on 1300 236 467.
Or send us an E-mail.